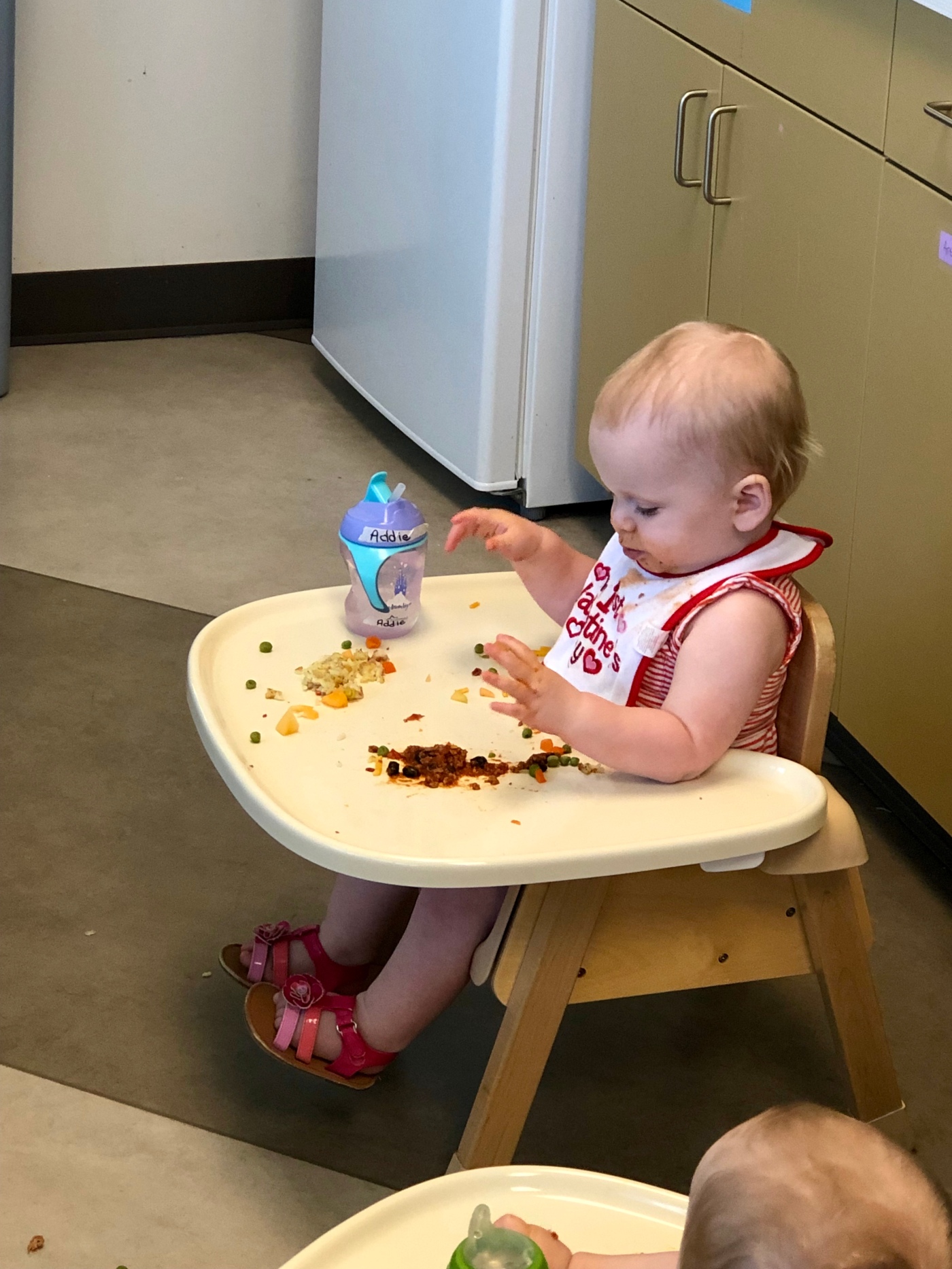 Last night while slinging drinks and waiting tables at my second job (daycare is expensive!) I witnessed a trash bag of a human being slap her three-year-old daughter in the face for not eating a French fry. Working in the service industry for the last 15 years or so, I have certainly had my fair share of experiences with customers that have left me frustrated, angry, or sad.  People…are shitty.  They can be rude, needy, bad tippers, disrespectful, arrogant, etc. etc. etc.  Never though, have I been as enraged and as conflicted as I was last night.

“If you don’t eat that fry I’m going to slap you in your face,” I heard while walking away after dropping a refill off to the table.  My heart sank.  No way she’s going to, please let that be an empty threat.  As I glanced back I saw the woman raise her hand and slap the little girl across her cheek.  Obviously, she burst into tears.  Hell, I almost burst into tears.  My sadness soon turned to anger.  How dare this woman!  What in the actual fuck.  You don’t slap a three-year-old in the face because she won’t eat a damn French fry.  Maybe she’s not hungry.  Maybe it’s 10:30 pm and she should be at home, in bed, sleeping.  Maybe she doesn’t like them.  Whatever the reason, this woman was out of line.

I was forced with the harsh reality that there wasn’t really anything I could do; not without getting arrested or losing my job.  I had visions of taking an entire basket of fries and shoving the entire thing down this lady’s throat or slapping her in the face for not finishing her meal.  More level-headedly I considered bringing them their bill and asking them to leave, or at the very least saying something along the lines of, “Hey, you shouldn’t fucking do that.”  As I weighed my options though none of them seemed to help that poor little girl and anything I said would undoubtedly be falling on deaf ears.  I finished serving them without doing or saying anything, which sucked.

It’s not illegal, right?  To hit your own kid?  Could I have called the police, or CPS?  No, I don’t think so, not for that.  Does a slap in the face warrant my outrage?  Maybe not, but maybe it should.  What if I smacked an adult in the face in the middle of a restaurant?  I would be held legally accountable.  I know it’s not the same thing, but it’s close.  I’m not speaking from the account of someone who didn’t get spanked as a child either.  Up until I was 12 years old I lived in Alabama.  Not only was spanking your children the norm down there but OTHER kid’s parents could spank you for misbehaving and no one would bat an eye.  I’m not upset, or bitter, or messed up because of it.  I ended up just fine and times were different back then.  I get it.  There wasn’t screen time to take away back then.  What else was one supposed to do, TALK TO THEIR CHILDREN!?!?!? That’s just crazy!  But seriously, I do get it.  Up until the day Addison was born I claimed I wasn’t against spanking.  I thought that one day when I had children of my own, that if the situation or behavior warranted it that I would have no problem dishing out some spankings…just WAIT until your father gets home!

That all changed the second I held my daughter.  I can’t imagine a scenario that I would be desperate enough to hit my little girl.  It hurts even thinking about…to intentionally cause physical pain to her because I’m too lazy, or too tired to come up with a better strategy.  Granted, she’s only just over a year old and she may grow into a terribly misbehaved little shit.  She may push my limits every single day, and maybe no other form of discipline will seem to work.  I may find myself exasperated with her and her antics.  Even in that unlikely situation, I still can’t fathom ever hitting her.  The thought of a grown man, or woman, hitting a defenseless, tiny child on the bottom or elsewhere makes me cringe.

Smacking in the face seems even more degrading to me for some reason too, more disrespectful.  Can you imagine your boss smacking you in the face in the middle of the office for not meeting a deadline?  Sure, physically it would hurt, but also what a blow to your self-esteem that would be.  How humiliating – and you’re an adult!! Now imagine how awful that must be for a little boy or little girl, that you created, who looks up to you, trusts you implicitly, and depends on you for literally everything.  It makes me sick.

I’m not trying to convince anyone that they should or shouldn’t spank their kids.  Some parents do.  Some even wear it like a badge of honor.  Like they’re proud of themselves that they couldn’t think of less primitive way to discipline their children.  Or that they have such little control of their own emotions that slapping their kid across the face in the middle or a restaurant for not eating a French fry seems like the right thing to do.  Then smugly look around at other patrons in the dining room like, “Yeah I hit her,” as your poor daughter is sobbing uncontrollably because her Mom, the person she trusts the most in the entire world, just slapped her in the face in front of a room full of strangers.

My hope for that child last night is that it’s not worse for her at home.  Though if I’m being honest with myself I find it hard to believe that if that mother was willing to do that in a restaurant full of people, then I’m sure it’s much worse at home.  I’m sure it’s worse the second they get into the car and the door shuts.  It makes my heart ache thinking about it and I only wish there was something I could have done for her, or that I had at the very least spoken up.

Would love to hear the thoughts of other parents out there on this topic.  If we disagree we can always just slap each other, let me know!