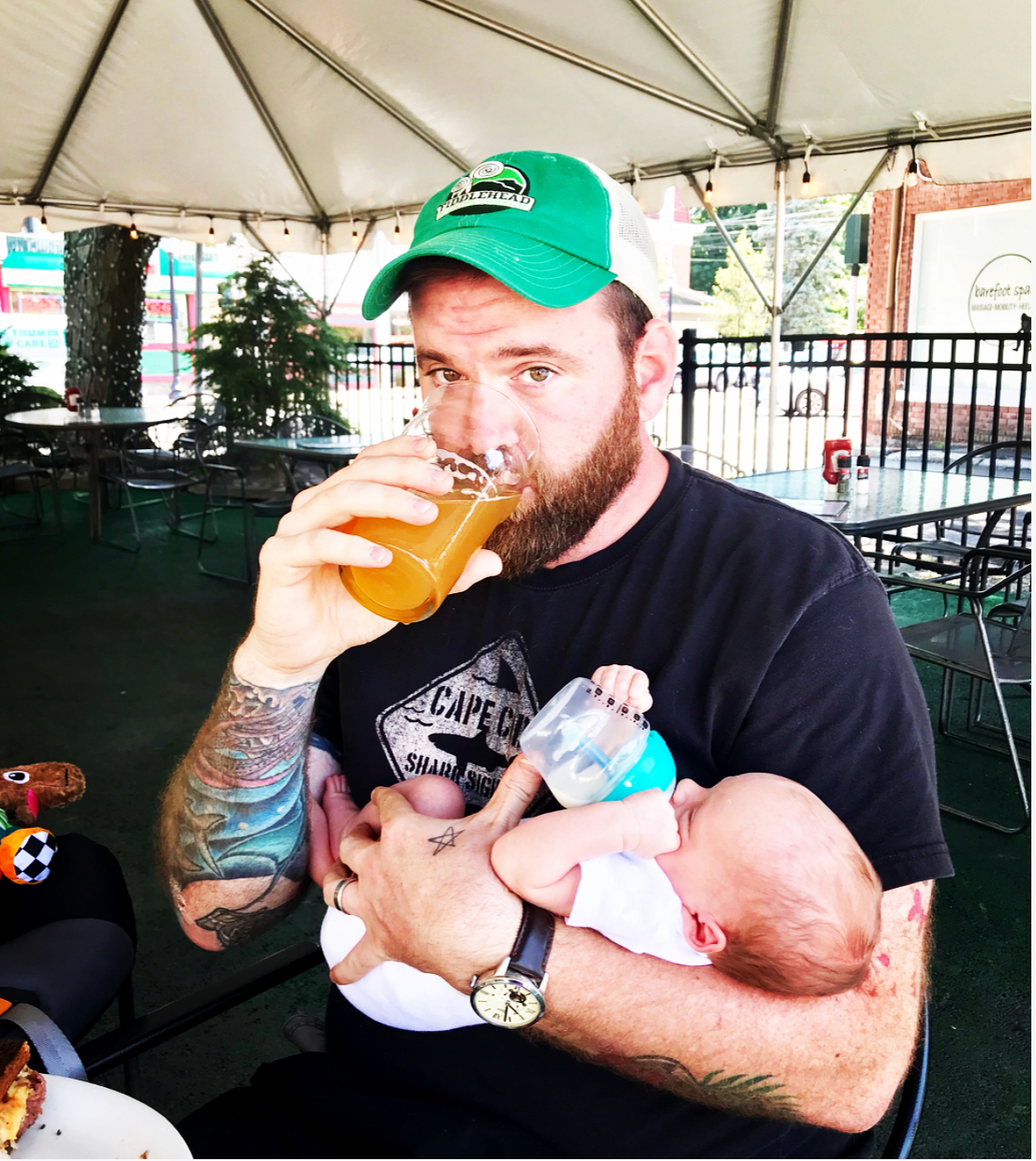 In less than a week my baby will be one month old and I’ll be back to work. It seems crazy that an entire month of being off from work is already coming to an end, but even more crazy that my little girl isn’t even a month old yet. It’s hard to imagine a life before her.   If a stranger were to take a stroll through any room in our house, he or she might assume that this house has had a child in occupancy since it was built.   As well as 14 dogs/cats based on how much shedding has been going on by our four legged children this summer. Tumbleweeds of pet hair are rolling past my feet as I type this.

What a summer it’s been so far. Well over 200 diapers deep, on the sixth season of LOST, purchased a Hulu account and found out South Park is still a thing (and still hilarious), and have successfully watched everyone’s Instagram story at least once or twice, just as cliché as mine! When day dreaming about my time off to bond with the little one, it seemed as though a month would never end. Enough time to learn everything there is to learn about being a new parent, finish all the random projects around the house (as previously mentioned in my last post), get in incredible shape, and so on. None of these things have happened, but I have had plenty of time to gaze lovingly at my baby, change diapers, and wash my hands.

I’m not complaining – my time off has been wonderful. I only wish I could have another month off. The weather this summer has been brutal, for Upstate New York anyway. Many of the activities we had planned with the baby weren’t realistic during the first couple of weeks. But the temperature has become more bearable and we’ve begun venturing out of the house with the babe. Usually not for more than three hours at a time – if the baby isn’t latched on to my wife, I’ve got the wife hooked up to the pump. We are a breast to table family. Home brewing at it’s finest. Craft milk is a booming industry right now. Locally sourced, obvi.

Last week we had brunch with some of our friends at our favorite brunch spot down the street, Café Madison. It was a beautiful day so we decided to walk. It’s only about a half mile away so it’s a short enough walk. We made the mistake of not bringing the stroller. The thought was that because it’s such a tiny restaurant that if we didn’t get a table outside we would have nowhere to put the stroller without being a huge pain in the ass. That short walk and beautiful day turned into what seemed like a miles long trek through the desert. I won’t make that mistake again, that car seat, when loaded with a baby, gets wildly heavy, VERY quickly. It made for an excellent bicep workout, but I was sweating like a gross pig by the time we got there. Thank the lord for nice cold mimosas and a shaded outdoor seating area. From now on stroller or ergo baby carrier wherever we go – no matter what. I have yet to use the carrier yet, but am positive I should plan on wearing a black shirt when I do. Babies are like little portable, farting space heaters.

We made a trip to the New York State Museum, which was fun, AND they have amazing air conditioning. I’ve been going there for the last 22 years and it really hasn’t changed that much. Not a terrible thing, as most of the exhibits are pretty damn cool. Among my favorites are the Native Peoples of New York exhibit (specifically the Longhouse), the Adirondack Wilderness exhibit, and the World Trade Center exhibit which is admittedly hard to walk through without choking up a little, especially with a daughter now. I sure hope she never has to witness anything like that in her lifetime but am sure she will, especially with the direction things are headed now with the current administration. The carousel upstairs was closed – which bummed me out, not for my daughter, but for me. Instagram loves a good carousel pic. I mean, who doesn’t. I look forward to taking my daughter to the museum over the years so she can learn, play, and make memories. There was a discovery zone there for children, but we obviously would have looked like total douches taking a one month old in there. I did want to go though, it was Shark week and the discovery zone was shark themed. Fuck. Wish they had a discovery zone for adults.

There haven’t been too many surprises on our outings yet. We’ve learned to pack more diapers than we think we’ll need, extra clothes, extra pacifiers, hand sanitizer, etc. Our interactions with other people have been pleasant for the most part; people love babies. No one has tried to touch or to hold her. Some trashy woman at the museum glanced our way and told her children, “Oh dats a preemie baby.” She’s not but even if she was…Rude. Mind your business and get out of my longhouse trash bag. I wanted to feed her to the Mammoth in the next exhibit, but didn’t want to subject her children to that. Today a fellow shopper at Target informed use we should ALWAYS have socks on our baby, ALWAYS, otherwise she’ll get cold. We smiled and thanked this kind old woman for her words of wisdom, which we promptly disregarded, and went on our way looking at graphic tees and candles. Ah Target. This woman meant no harm by her words, but I assume we will get that a lot as time goes on, and I’m sure it’ll get annoying. I suppose as long as we are somewhere as heavenly as Target I wont have to feed anyone to a Mammoth.

It’s been a wonderful, uneventful, love filled summer so far and I’ve enjoyed every second of it. Many of my initial concerns/questions have been answered. I’m more confident in my ability to raise this little poop factory without doing too much long-term damage and have discovered that my wife was clearly destined to be an amazing mother, and not just because she’s the head brewer, but because I have never seen someone love anything as much as my wife loves our daughter. Not even as much as she loves I Love pizza in Troy. Which is a love I had yet to see prior to having our baby.

I do still have questions: Why does Sawyer ALWAYS kick Jack’s ass? How have Eric Cartman and the gang maintained relevance all these years? How can an eight-pound human produce so many pounds of poop in one day? Why do we have to wait so long for the next season of Game of Thrones? How do I bath the baby in the sink now that the umbilical cord has fallen off? Would our pediatrician get a beer with me? He seems pretty cool. How am I going to manage getting up on time for work next week? Is the Rock as cool in real life as he seems on his Instagram? I heard he’s not. So many questions left to be answered. All in time.